How To Become A Successful Intern in the Creative Arts 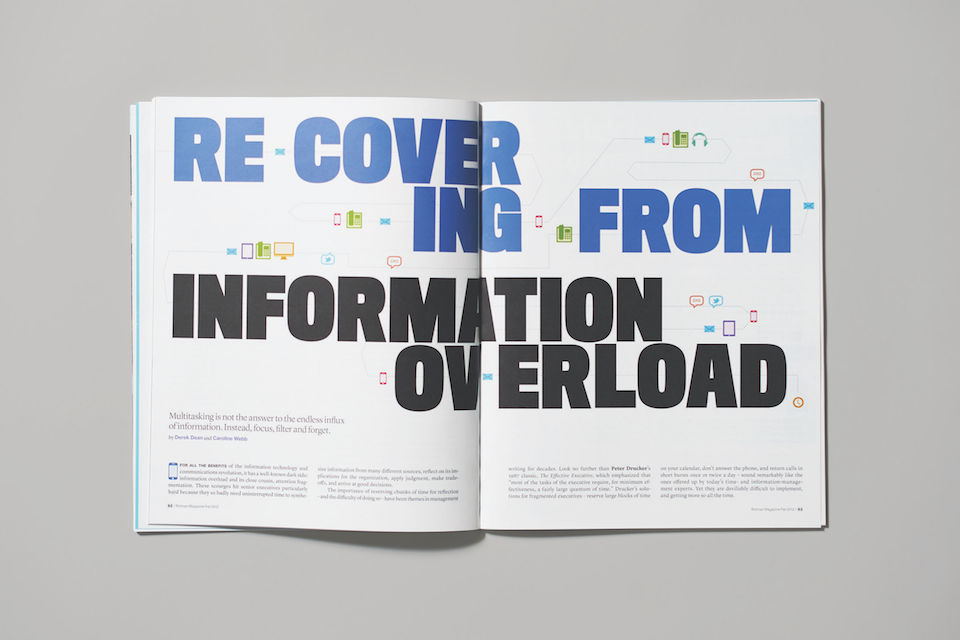 The unambitious need not apply. If your climb to a creative career starts with an internship, how can you get a little extra bounce in your step? We went straight to the pros for advice on how to score a placement—and how to translate that opportunity into a job

Looking to get a foot in the door in advertising, design or image making? An internship is your best bet at gaining a leg up for future employment, whether undertaken as requirement of post-secondary schoolwork or outside of it. “Without internships, students are not ready to enter the workforce fluidly,” says art director Aman Gulati, who brought his alma mater, Miami Ad School, to Toronto last year after working at agencies including TAXI, Henderson Bas-Kohn and—as a student himself—Crispin Porter + Bogusky. “Advertising is an industry where hands-on experience counts more than any degree. It would be like a medical student becoming a doctor without residency.”

Fortunately, many companies in creative industries offer internships that bridge school and that first real job. In fact, entrepreneurs, creatives and hiring decision-makers say the industry needs interns as much as interns need them. They say good interns bring enthusiasm and fresh thinking—and they also serve as a qualified hiring pool.

“I think it is important on two fronts,” explains Judy John, CEO of Leo Burnett Canada and CCO of Leo Burnett North America. “It gives people just coming out of school real-life experience so that when they do land that first job they can be more successful. And as an agency, we get to look at fresh talent who we don’t have room for right away.”

“It is like having a great farm team, in that when we have an opening we can bring someone in,” she adds. 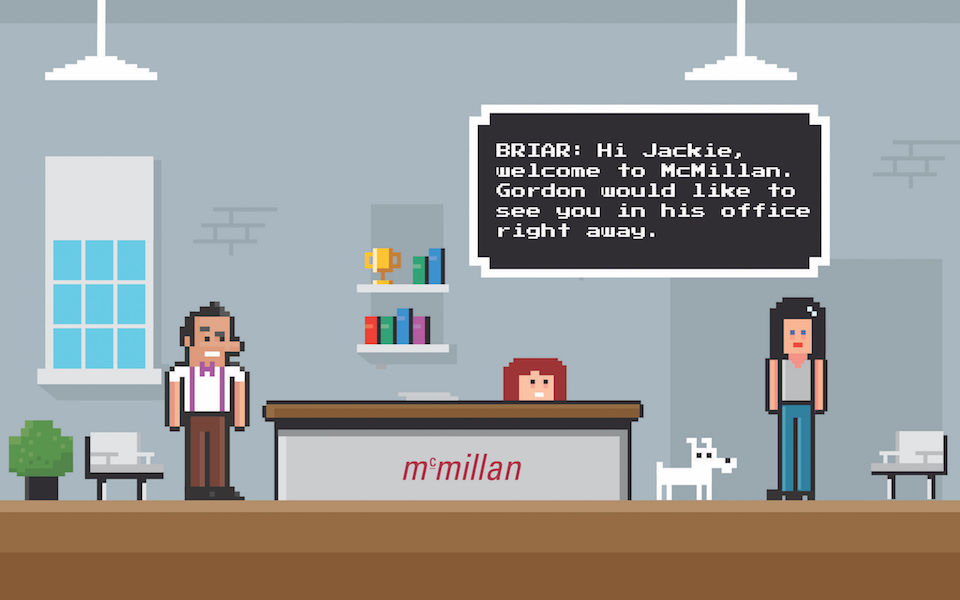 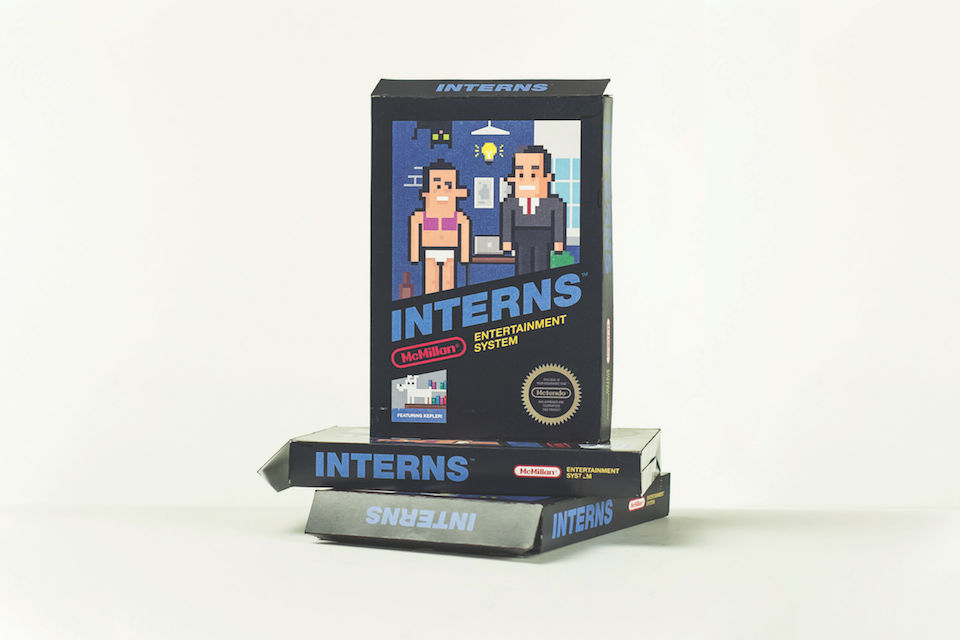 Do well in school

This may seem like an obvious point, but educational institutions and employers are working closely together on placing students. After all, it is in the best interest of both parties to make a successful match.

Last year, Michael Zavacky, an art director at the 80-person creative agency McMillan in Ottawa, tasked himself with working more closely with Algonquin College to recruit top-shelf students. “It used to be kind of hit and miss; we’d bring on an intern and sometimes they couldn’t keep up with the pace or quality of work. It really became a waste of our time and resources,” he says. “Now, I’ve developed relationships with professors and people at Algonquin whose opinions I trust.”

“It can be hard to tell from just their portfolio or interview if someone is the right fit,” says Zavacky, who passed the recruiting reins to AD Jennifer Van De Vooren this year. “Now we do our due diligence.”

Others agree faculty today are willing to provide frank feedback about students. This makes it critical for students to get to know their professors and demonstrate great work ethic.

“Our best interns come through referrals—talking to professors,” says photographer Craig Samuel, also the president of S1 Studios Toronto, which provides studio and location services for still and motion productions such as large-scale photo shoots and TV commercials. Samuel is happy to bring on two interns per year.

“We also sponsor student award shows to give back to the industry,” he says. “As a bonus, I meet a lot of students that way.”

Agencies such as Leo Burnett Toronto and Sid Lee also attend portfolio nights to identify potential interns. “We’ll have someone go and look at the portfolios—how did they address the problem in the work, was it interesting, unique or surprising? Was it insightful?” says John. “Then we set up interviews with those students whose portfolios we liked.” 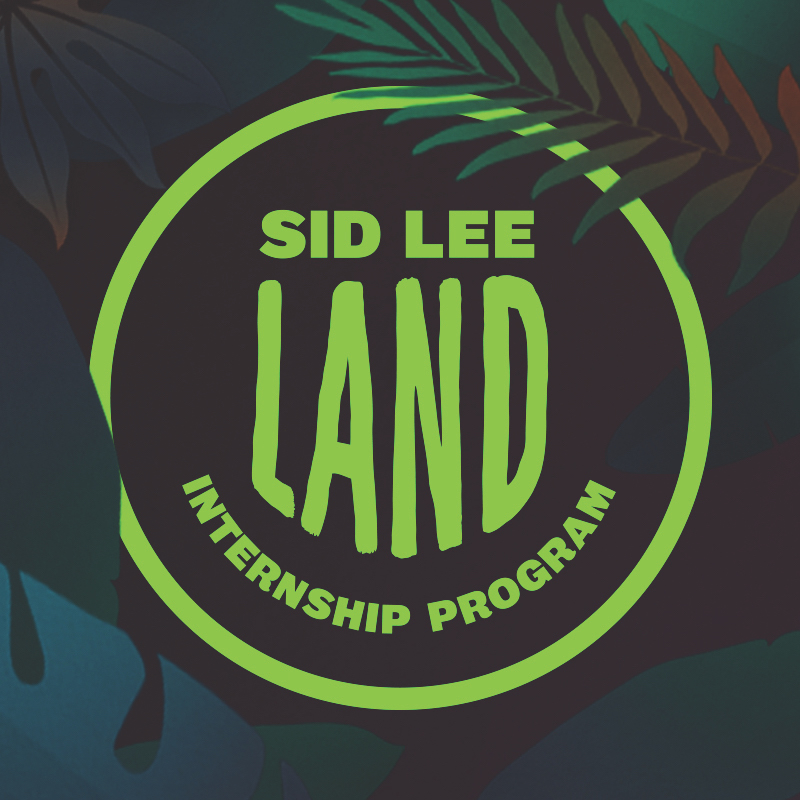 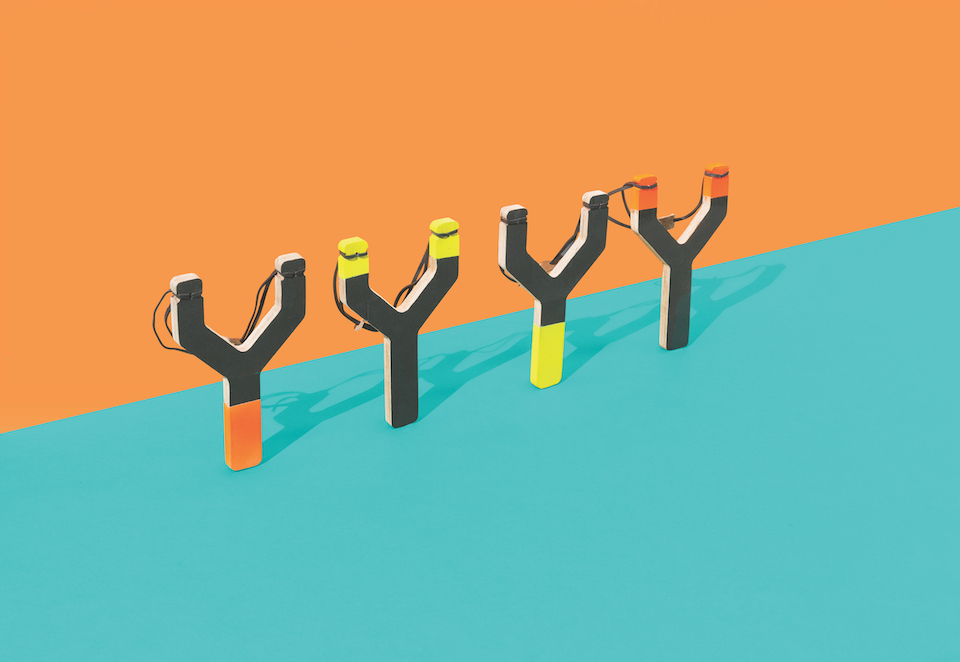 Creative agency Sid Lee's recruitment site uses a jungle-theme to attract prospective interns, who must submit a video introducing themselves when applying

Competition for an internship can be fierce. Sid Lee receives over 2,300 applicants from more than 45 countries every year for placements at its network of offices. Leo Burnett in Toronto and DDB Canada in Vancouver also get hundreds of applications annually.

While a lot of agencies rely on references from professors and portfolio nights to help whittle down candidates, that doesn’t mean budding creatives should be idle and hope for an interview.

The almost dozen senior leaders interviewed encourage students to contact potential placements via old-fashioned phone in addition to social media and e-mail. As Daryl Gardiner, associate creative director at DDB in Vancouver, explains, “If someone is relentless in terms of trying to get a hold of you, that shows the person has a lot of ambition and wants to prove themselves to you.”

Gardiner, who was an intern at DDB (then Palmer Jarvis DDB) 17 years ago before he was hand-picked by creative director Chris Staples, adds, “Social channels are really opening up new ways for students to get in touch with people inside agencies. I get a lot of requests through LinkedIn.”

The experts agree that being proactive can get someone rewarded with a returned e-mail or phone call with some advice, and possibly even an invitation for an interview. At smaller agencies, the likelihood of a face-to-face meeting may be even higher.

“When students call me, I always want them to come in so I can look at their portfolio and give them some constructive feedback,” says Zavacky, who says he sympathizes with their struggle to get their first break. He also says it is never too early to make contact, noting that McMillan confirmed students who reached out in December for internships that started in March.

Stephen Jurisic, the then executive creative director at john st. and creative chairman of Miami Ad School Toronto, suggests students reach out even a year or so before they’d start their internship—not with the intention of securing a gig, but just to learn more about an agency. That means if you’re in a four-year program, and your internship is in the last semester of your fourth year, that you should be doing this toward the end of your third year.

“I find an informational interview takes away the pressure on the senior creative to hire someone because it’s just a talk. Then if they like the student, they can say, ‘Okay, well maybe I’ll see you in a year,” says Jurisic. “And for the student, it gives them an agency interview–like experience, without the pressure of ‘Oh my God, I need this job.’”

But the one thing execs don’t recommend? Showing up in person without an appointment. While it might seem like a brilliant way to stand out and get your (printed) portfolio into someone’s hands, most agree this is an intrusion on their busy schedules.

“People think by turning up in person something is going to drastically change for them,” says Samuel. “But all I think is, this is an unprofessional person and I would never hire them as an intern. They should e-mail.” 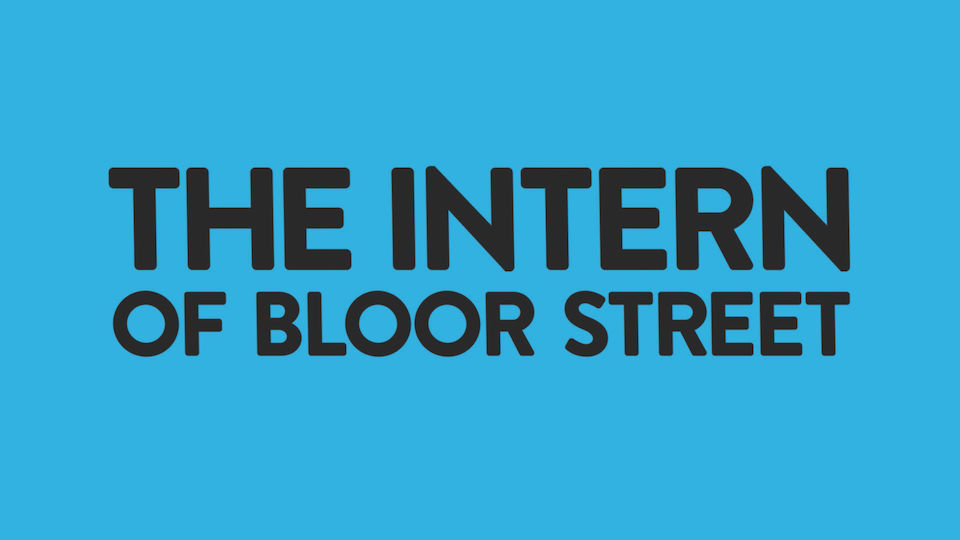 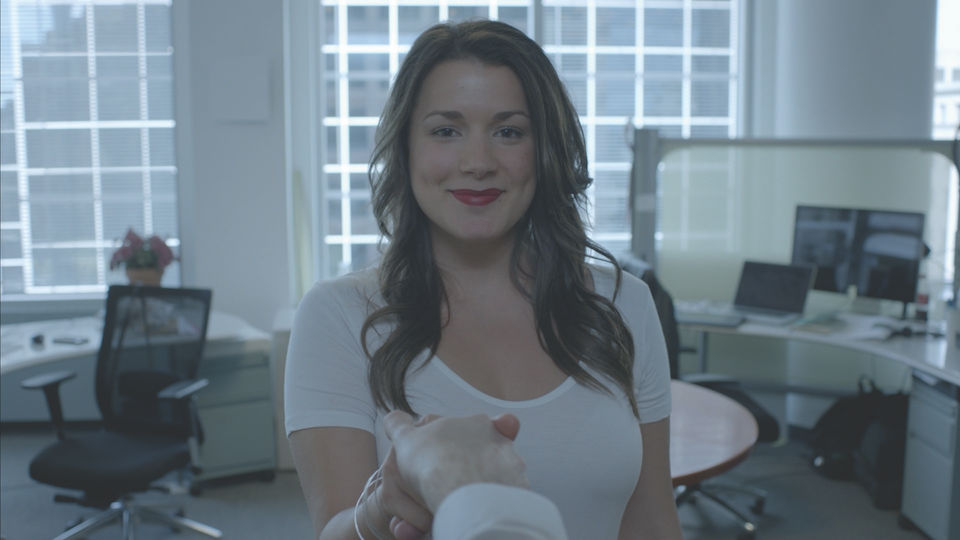 Get paid in wages or school credits

According to the Canadian Intern Association, a non-profit organization that advocates against the exploitation of interns, each province has its own employment standards related to compensation. In Ontario, British Columbia, Alberta, Quebec and Manitoba, unpaid internships are illegal unless they meet very specific requirements. In the rest of Canada, the laws are vague and subject to interpretation.

“There are some existing loopholes that are still currently being exploited, but it should stop,” says Gulati. “If an agency wants to use the young person’s ideas to offer their clients, the student should be paid.”

Internships can also be unpaid when under a program approved by a college or university. This exception exists to encourage employers to provide students with practical training to go with their classroom learning.

DDB, for instance, offers an unpaid “practicum” for students to meet their graduation requirements. In addition to internships, Miami Ad School has also created Agency Labs, where students are at an agency from 9 a.m. to 6 p.m., working on agency briefs and also their own portfolios under the mentorship of creative directors. john st. is one of the agencies participating in Agency Labs for the 2016-17 school year.

“This really gives the students the best of both worlds—a foot in school and a foot inside an agency. They experience ‘working’ at an agency without the pressure, while getting trained by those same people who might just hire them for a job—or offer them a paid internship after,” says Gulati.

Sid Lee, Leo Burnett, McMillan and S1 Group all pay at least minimum wage regardless of whether the internship is tied to the school curriculum. They say it’s not only the right thing to do, but also in their best interest, because everyone is in pursuit of standout students.

“When I took on responsibility of our internship program, I said, ‘If we want to land the best students—even though a lot of them want to come here anyway—we should pay,’” says Zavacky. “After all, these people are working on billable accounts.” 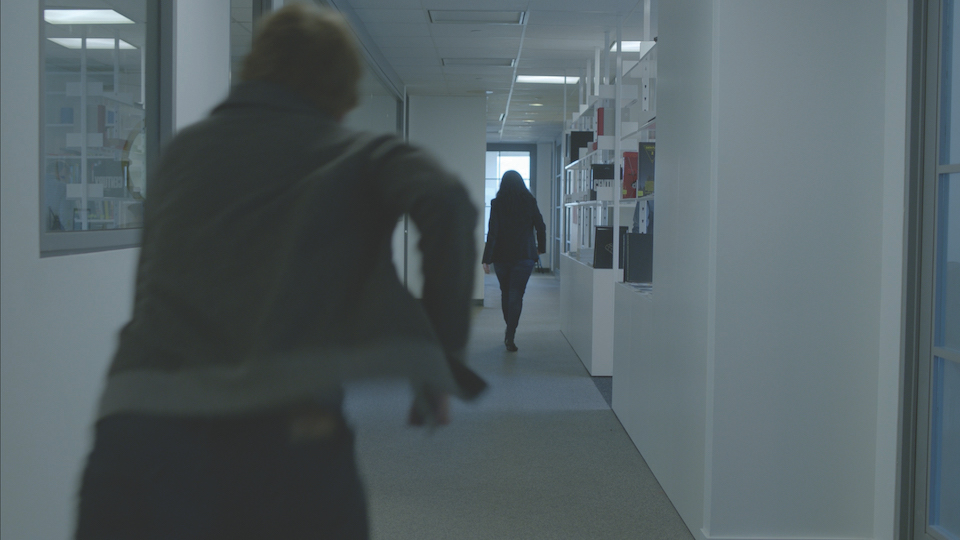 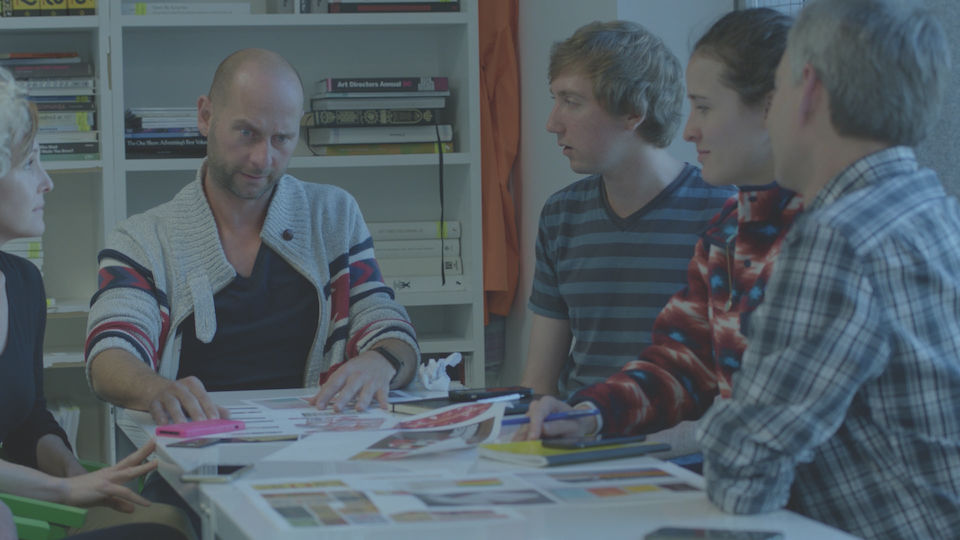 From internship to job offer

How do you turn that internship into a post-graduate job offer? It may happen more than you think. The Toronto office of DDB recently hired a junior copywriter and junior art director who had been working the past few months as interns. Jurisic estimates 60 per cent of all john st. interns get offered a junior position.

Future employment really depends on whether or not the student makes the most of the opportunity. But if you can land an internship at your desired place of employment, you’ve already achieved what could be your biggest hurdle.